The goal of Operation KC is to collaborate and set priorities for the local KC community, addressing ways to better support the local service members, veteran and their families in efforts to reduce suicide by improving, educating, and communicating preventative and intervening strategies. Please join us at #operationKC to start the conversation!

We thank Mayor Sly James for sharing why it is important for veterans to get the help they need. He spoke at Thursday’s City of Kansas City, Mo. Government Council meeting for a Operation KC resolution declaring support of preventing suicide among service members, veterans and their families.

VA and the Department of Health and Human Services’ Substance Abuse and Mental Health Services Administration (SAMHSA) came together March 27-29 in Arlington, Virginia for the second annual Mayor’s Challenge to Prevent Suicide among service members, Veterans, and their families.

The goal of the Mayor’s Challenge is to eliminate suicide by using a comprehensive public health approach to suicide prevention that empowers communities to take action. The Mayor’s Challenge brings participating cities together to form interagency teams dedicated to increasing suicide prevention resources for Veterans in their communities. Read more.

Recognizing the importance of addressing the prevention of suicide among Veterans, Service Members and their Families at the local level, Substance Abuse and Mental Health Services Administration (SAMHSA) and the U.S. Department of Veterans Affairs (VA) sponsored the 2018 Mayor's Challenge. Kansas City, Missouri was chosen as one of the 20 out of 40 cities nationwide who were invited to apply.

The Mayor's Challenge was launched at the March 2018 Policy Academy during which eight cities assembled in Washington, D.C. The next step in the Mayor's Challenge was a 2-day on-site technical assistance event that was held July 19th and 20th in Kansas City. The Kansas City Team now consists of over 25 local members including veterans, and their families, led by ReDiscover, a local community behavioral health center. The Kansas City team has begun to implement a strategic action plan to prevent and reduce suicide using a comprehensive public health approach. There is an urgent need for increased suicide prevention supports for service members, veterans, and their families at the community level.

Twenty veterans die by suicide each day. This is an unacceptable number. The Mayor's Challenge to Prevent Suicide Among Service Members, Veterans, and their Families brings federal, state, and local stakeholders together to meet this challenge head on.

Kansas City is committing to action steps which include implementing asking the question.. .."Have you or a family member ever served in the military?"

#OperationKC on social media to learn more about asking the question and local resources.

Veterans who are in crisis or having thoughts of suicide—and those who know a  veteran in crisis—can call the Veterans Crisis Line for confidential support 24 hours a day, seven days a week, 365 days a year. Call 800—273—8255 and press 1, or chat online at VeteransCrisisLine.net/Chat (link is external), or text to 838255. 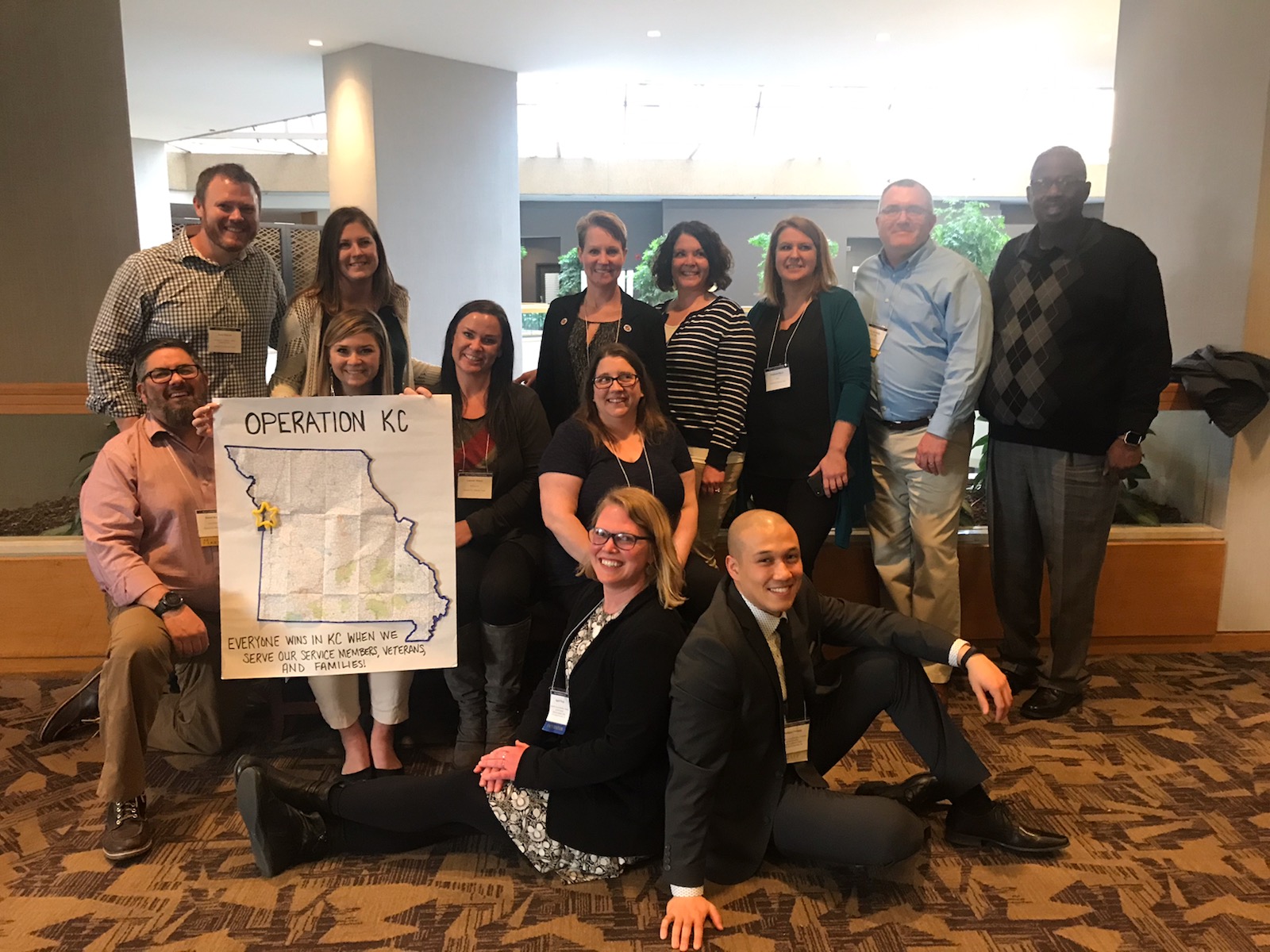 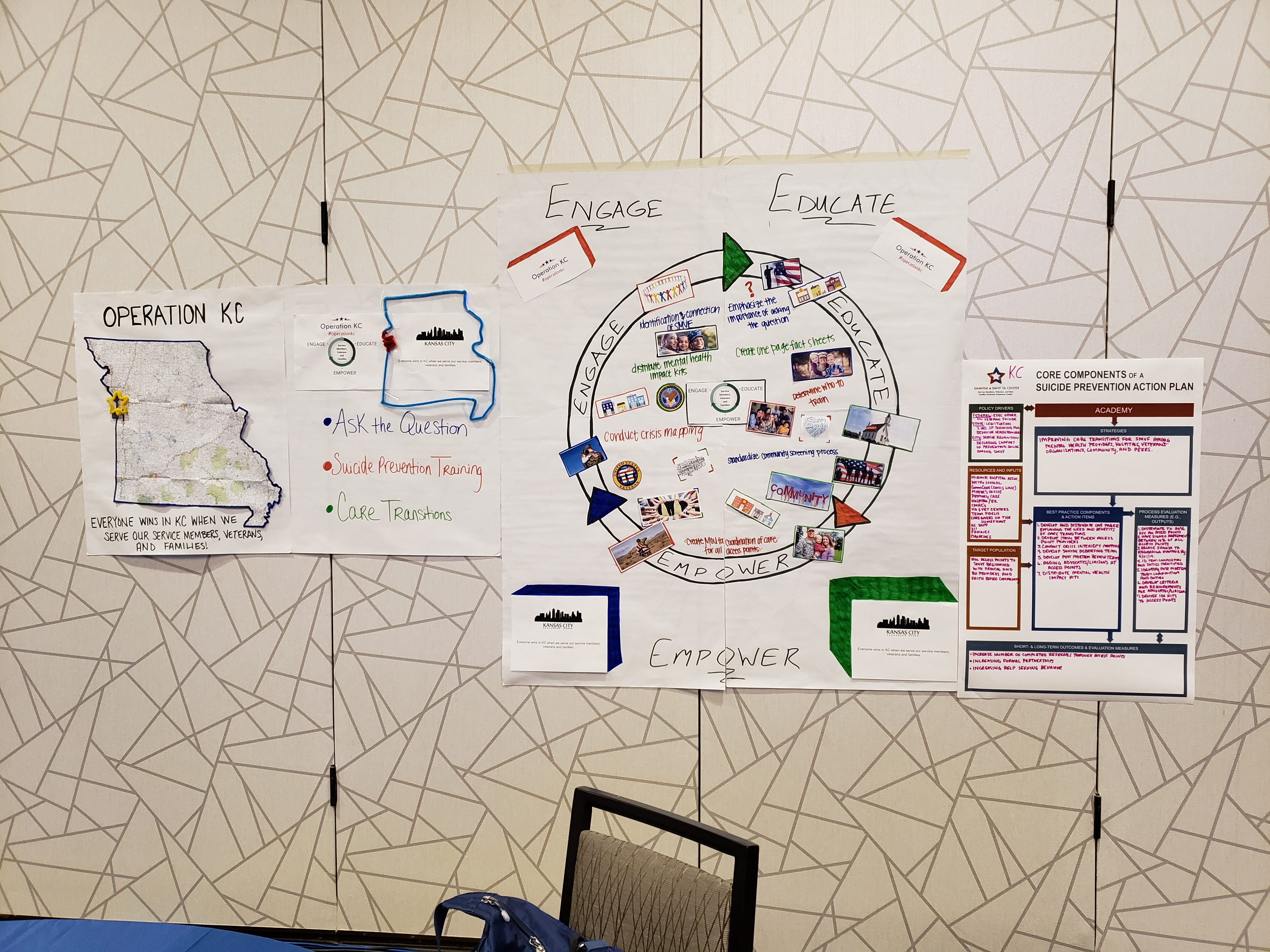