HISTORY OF CAREGIVERS ON THE HOMEFRONT

It is no secret that the men and women who are veterans or currently serving in the nation's military, along with their brothers and sisters who serve as first responders in our communities, are heroes. Medals, ribbons, and national support are indicative of the many sacrifices these heroes make every day. Unfortunately, there is little to no equivalent support structure for the hidden heroes of our nation. These are the veteran, military, and first responder family caregivers who make incredible sacrifices to care for our nation's injured and ill service members, veteran's and first responders.

Caregivers on the Homefront was created by Shawn Moore in 2017. Shawn serves as a caregiver for her husband, Bryan, a 23-year Army veteran, who suffers from numerous mental and physical disabilities. Shawn felt isolated and without resources when trying to help her husband and after speaking with a variety of individuals she realized her story was not unique, that there was a gap in the resources and support structure for our nation's caregivers. Caregivers on the Homefront fills that gap by providing in-person and online support groups, educational workshops, and mental health and wellness restorative weekends. We also advocate for the caregiver at the local, state, and national level.

The Elizabeth Dole Foundation commissioned the Rand Corporation to conduct the first comprehensive, evidence-based national study of military caregivers and their needs in 2015. The study revealed a societal crisis:  an estimated 5.5 million Americans care for injured or ill service members and veterans. Military caregivers provide $14 billion of uncompensated care each year. Although first responders are engaged in different duties, they also suffer from many of the same post-traumatic stress and physical maladies that service members and veterans do. As such, their caregivers suffer from many of the same issues that those who care for the military do.

This is exactly why Caregivers on the Homefront provides our mental health and wellness restorative weekend. Without a healthy caregiver, the veteran is going to continue to suffer. As a nation, we must make caring for the caregiver a priority. We took the gaps that were found in the Rand study and developed our programs accordingly.

The mission of Caregivers on the Homefront Inc. is to provide caregivers of our nation's veterans and first responders with hopefulness, a sense of togetherness, and a firm foundation of resiliency. With your help we can make a difference. Learn more and get involved.

Our Impact This Year 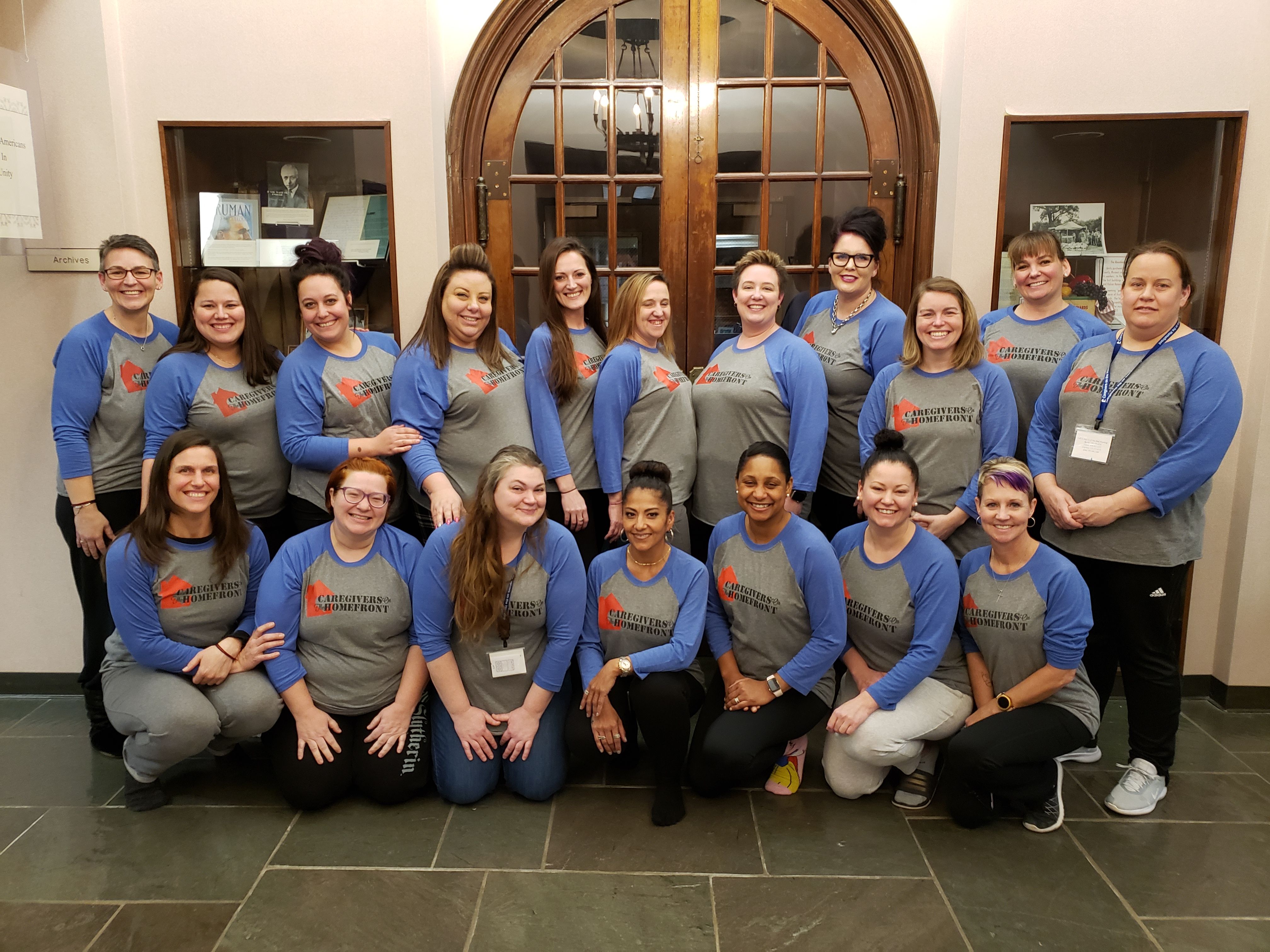 A New Wave of Caregivers: Men

The shortage of caregivers around the country has opened a constructive path for men seeking work, including some who have served time in prison.

Actor Sean Hayes: My mom suffered from Alzheimer's. When you're a caregiver, time counts.

More than 40 million adults in the United States are unpaid caregivers. They need our help managing the ups and downs of caring for loved ones.

Supporting Military and Veteran Caregivers in the Workplace

The Elizabeth Dole Foundation, AARP, and Hiring Our Heroes have collaborated to create an important guide for employers, Supporting Military and Veteran Caregivers in the Workplace: A Practical Guide for Employers.

Hidden Heroes, a 2014 RAND study on America’s Military Caregivers, found that there are nearly 5.5 million military caregivers in the United States. Of these, 19.6 percent (1.1 million) are caring for someone who served in the military after the terrorist attacks of September 11, 2001. Military caregivers sacrifice greatly to care for their loved one. They suffer from worse health, employment difficulties, depression, deteriorating family relationships, and financial challenges.

Less than one in 10 family caregivers receive training for assisting older adults with disabilities, a U.S. study suggests.

Nearly 18 million family caregivers provide help with daily tasks and manage medical needs for older Americans with disabilities, researchers note in JAMA Internal Medicine. An emerging body of research suggests that education and training can benefit these caregivers and their care recipients, but little is known about what factors might influence whether caregivers receive any training.

This form needs Javascript to display, which your browser doesn't support. Sign up here instead